BAKUN: No mystery in deaths 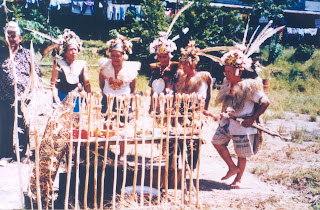 KUCHING: State Health director Dr Zulkifli Jantan put an end to speculations on mysterious diseases and curses from angry spirits in the Bakun area by confirming that three deaths reported in the Bakun area recently were caused by melioidosis and leptospirosis in a press statement yesterday.

A news portal claimed the people of Bakun believed that the deaths were caused by spirits of the jungle who are angry over the construction of the dam and the destruction of the surroundings.

They also believed that their dead ancestors are also very angry that their graves have been submerged by the dam water.

Dr Zulkifli added that the claim by the news portal that ten people hired by the Sarawak Forestry Corporation (SFC) to save animals from being drowned following the impoundment of the Bakun Dam had died from the mysterious disease was wrong.

He clarified that the ten fatalities were actually the total number of people in the state who died from melioidosis and leptospirosis from January to July
23.

The online report said that the latest victim of the disease was one Larry Kiding, a 28-year old SFC worker who worked on the project.

The father of the deceased, Jugah Kudi was quoted to have said that his son fell gravely ill after returning from Bakun Dam and died two days later.

Apart from the deaths reported in Bakun area, one fatal case was reported in Kuching, Sri Aman, Betong and Limbang during the same period.

“To date, two clusters have been reported on melioidosis, namely in Bakun Hydroelectric project (Belaga) and the second was in Iron Wall Logging Camp in Kapit,” said Dr Zulkifli.

There were 31 cases of positive melioidosis detected in Sarawak since the beginning of the year to July 23 compared to 343 reported cases in 2010.

As for leptospirosis, there were 51 positive cases reported from the beginning of the year to July 23 compared to 49 total cases last year.

Dr Zulkifli disclosed that under the Preventive and Control of Infectious Disease Act and Regulations 1988 might close the contaminated areas or sources of the diseases.

“We will alert the public regarding the possible hazards from the contaminated area. Health hazard warning signage will be erected in specific areas that are confirmed to be sources of infection,” he said.

He added that the department was giving health education talks on the two diseases to the public.

Dr Zulkifli also advised members of the public who were at risk to seek treatment early if they had symptoms such as fever, cough, chest pain, body ache, chronic ulcer/wound and had a history of exposure to outdoor water.