NAJIB: ELECTION ROUND THE CORNER 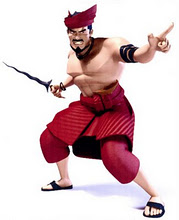 KUCHING: Najib hinted the 13th General Election will be held sooner rather than later during meeting with BN leaders at his official residence.

The prime minister has hinted that “the general election is coming” when he met heads of BN component parties in his official residence in Putrajaya on Tuesday evening, revealed Chief Minister Pehin Sri Abdul Taib Mahmud yesterday.

The chief minister, who is also state BN chairman, said: “We have been asked by the prime minister to brief what are the major issues in Sarawak so that he can understand them better. It’s quite common for him to brief us.”

Taib, who said this at the sidelines of the State Legislative Assembly Sitting, however, declined to elaborate further.

PBB has been allocated 14 out of the 31 parliamentary seats in the state.
SUPP president Datuk Patinggi Tan Sri Dr George Chan, when contacted, revealed that Najib had requested the party to pick the ‘most winnable’ candidates for its seven parliamentary seats.

Dr Chan added that SUPP might want to retain its five MPs if they were still popular among the voters and still able to deliver their respective seats. However, he pointed out that the Miri and Stampin MPs had stated, on various occasions, that they wanted to call it a day.

Dr Chan disclosed that SUPP would have to nominate at least three names for each constituency, as required by BN.

“But overall, we have more or less identified all the candidates for the seven seats allocated to us,” he said.
Two of SUPP’s former strongholds – Bandar Kuching and Sibu – are in the hands of the DAP. Bandar Kuching was captured by Chong Chieng Jen in 2004 while Sibu fell to the DAP during a by-election in May last year, following the demise of its incumbent Datuk Robert Lau.

PRS president Tan Sri Dr James Masing, when contacted, said the meeting with Najib was “a routine BN meeting” where the prime minister wanted to know each party’s preparedness for the coming general election.

Masing said as far as election was concerned, Sarawak was “ready, anytime”.
PRS has been allocated with six seats, while SPDP four.

Meanwhile, state BN secretary-general Datuk Stephen Rundi Utom, in commenting on the issue soon after a similar meeting with Najib last week, had expressed confidence that the state BN would be able to retain at least 25 of the seats as they are mostly rural seats.